The 2nd Computational History and Digital Humanities Workshop was held in Trinity College Dublin on 25 May 2016. It was followed by a two-day meeting of the Seshat project. 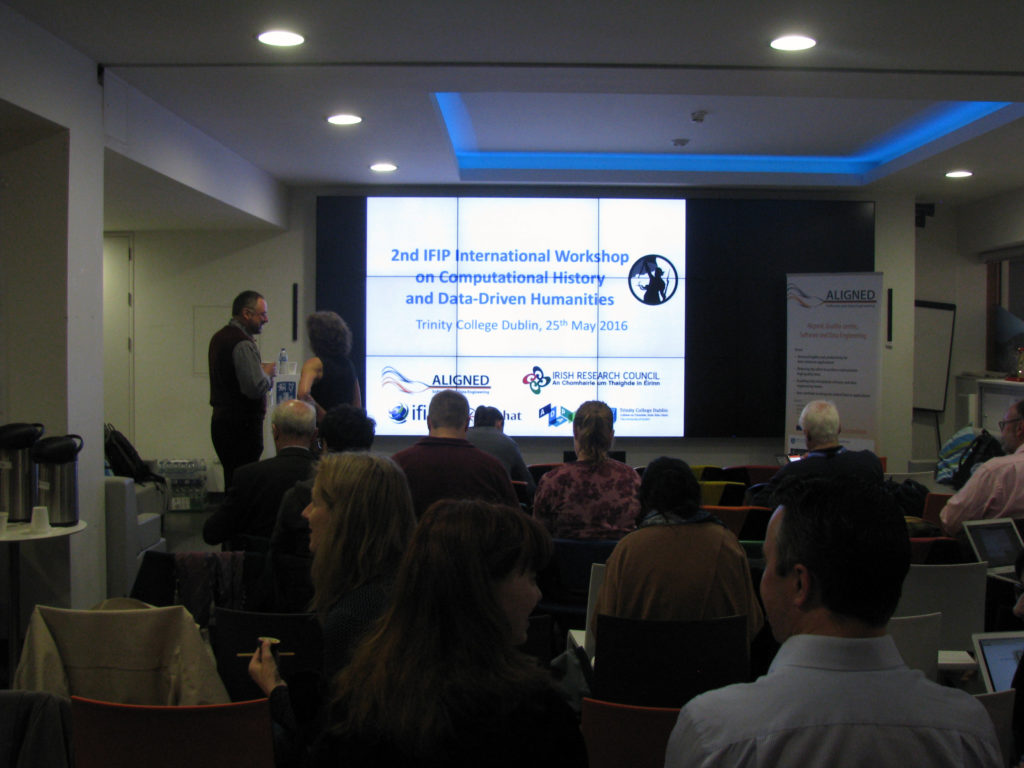 Sixty people packed into the Global Room at Trinity College to hear a wide range of speakers talk about their work in the emerging fields of computational history and digital humanities. The keynote speech was delivered by Professor Harvey Whitehouse, who talked about how his early work studying the dynamics of religious upheaval in the Kivung religion of New Britain fed into the development of models of religious behaviour, and how these models could be expanded to investigate how human societies developed.

Seven peer-reviewed papers were presented on the day, ranging from epidemiolgical mapping of the Black Death to ontologies for describing the material culture of classicism. The best paper award was presented to Siobhan Grayson, Karen Wade, Gerardine Meaney and Derek Greene, for their paper “The Sense and Sensibility of Different Sliding Windows in Constructing Co-occurrence Networks from Literature,” which described their work on constructing social network models of classic nineteenth-century literary works. The full list of papers presented can be found in the conference programme. These papers were followed by a lightning talk session, where seven speakers gave five-minute talks on their current work.

Following the success of the workshop, twenty-two members of the Seshat project met on 26 and 27 May, to discuss a wide variety of issues. As well as six talks from speakers on modelling and data collection, there were two discussions, on model puzzles that Seshat can solve and the long-term direction of the project.

You can see more pictures of the 2nd Computational History and Digital Humanities Workshop on Flickr.